The History of Solar Power

Since the beginning of time, we have relied upon one power source or the other to survive. These power sources were the epitome of generation of energy and essential for our survival. In today’s world, most of our energy production is acquired from non-renewable resources, people are trying to find effective and cost-friendly ways to use renewable energy.
The Sun provides an exceptional amount of energy everyday. As a matter of fact, the Sun emits enough energy for the Earth every hour to power it for a whole year.

Theoretically, humans used solar energy by reflecting the rays of sunlight to light fires with magnifying glass materials in the 7th Century B.C.. During the 3rd Century B.C. Greeks and Romans successfully harnessed solar power for religious ceremonies to light torches. The mirrors used then became a basic tool known as “burning mirrors” which the Chinese civilization documented to have used for the same purpose as the Greeks and Romans later in 20 A.D.

Since the late 17th Century, researchers and scientists have worked tirelessly to figure out a way to harness this huge amount of energy supply. The first architectural attempt to do this had been made by the Swiss scientist Horace de Saussure who built the world’s first Solar Collector which was later used by South African expeditionist Sir John Herschel to cook food using solar energy. In today’s time, the Solar Industry has become a leading source of renewable power generation as well as the top source of employment for the United States’ Electric Power Generation sector’s workforce. Specifically in 1839, Edmond Becquerel- a French scientist discovered what we know now as the “Photovoltaic Effect” with an electrolytic cell suspended in fluid while experimenting. Upon being exposed to sunlight, the cell generated an increased amount of electricity.

At the beginning of the 19th Century, Albert Einstein published his well-known paper on the Photoelectric Effect along with its technicalities which proved to be significant enough to later acquire a Nobel Prize in 1921. In 1953, a Silicon Solar Cell was discovered by Gerald Pearson, Calvin Fuller & Daryl Chaplin. The cell produced enough efficient electricity that could be used to run minor electrical devices. By 1956, the first solar cells were available for commercial use but at an unaffordable cost of $300 for a 1-Watt solar cell. The same year these solar cells were used in radios and toys.

The usage of these solar cells evolved over the course of the period from the 1970’s to the 1990’s. In 1939, to promote the use of solar power, Jimmy Earl Carter (the 39th President of the United States 1977-1981) supported the solar energy industry by having 32 panels installed in the White House for water heating. It was his prediction that solar energy had the potential to become the fastest-growing energy industry in the world. As of today, at the age of 94, Mr. Carter has a solar farm that supplies half of the electrical energy used in his hometown of Plains, Georgia. He even signed a Power Purchase Agreement (PPA) of 25-years with Georgia Power for expansion and growth of clean, renewable energy in the state. 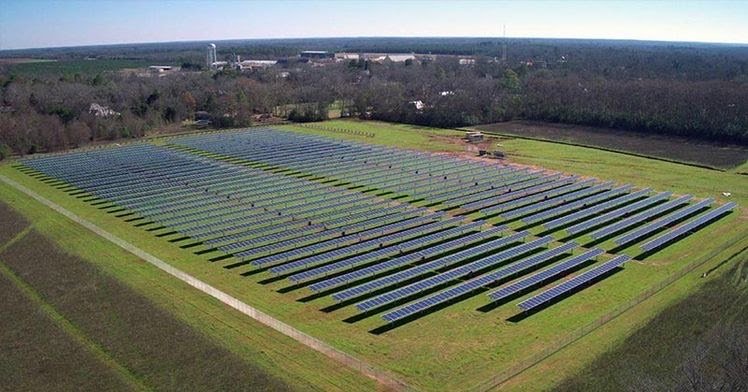 The first practical long-distance solar-powered car was called The Quiet Achiever and was also known as the BP Solar Trek which depended entirely on photovoltaic solar cells. This car was able to cover close to 2800 miles between Sydney & Perth within just 20 days which happens to be 10 days faster than the first petrol-powered car to embark on the same journey. 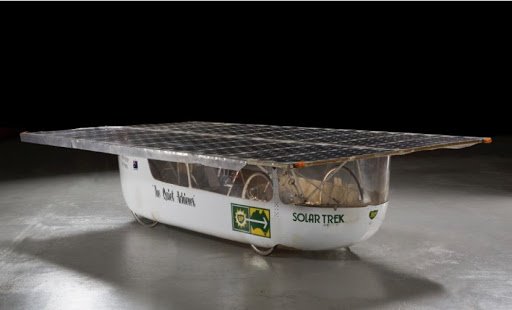 The evolution of solar energy plants occurred around 1986 on a large scale. Factually, by 1999, the world’s largest solar power plant was established that generated over 20 kilowatts of electricity. During the same period of time, a PV solar cell that converts 32.3% of sunlight into usable electricity was developed by Spectrolab Inc. & National Renewable Energy Lab.

By 2012, a huge exponential rise in domestic solar PV systems was witnessed over the said decade – especially in China, Japan, German, United States and the United Kingdom. Two years later (in 2014) the world’s largest solar-thermal plant started generating in the United States officially. The Ivanpah project was powered remarkably by 350,000 solar mirrors, spreading across 5 sq.miles of the Mojave desert approximately.

The very first solar cells that were invented in the 18th Century, were less than 1% efficient which was not enough to make them a useful energy source until Bell Labs invented the first useful silicon solar panel in 1954 which contained 6% efficiency. The rapid evolution of solar PV technology has taken place since then and the persistence led to the creation of solar panels that are 30% efficient. Although we do have the technology to increase solar panel efficiency even further which has proven to be useful enough to achieve up to 46% efficiency in some lab tests that used advanced cell structures but panels with higher efficiency require to be made with much more expensive material which are not used in rooftop solar panels which are not cost-friendly.

Over the course of the past 11 years, the cost of installation of these solar panels has fallen. The Solar Power Industry in today’s world looks very different. Not only has the efficiency of the presently created solar panels has dramatically increased, there has been significant improvisation displayed in the manufacturing processes. All of this work has resulted in a fall in the price of solar panels by 65% (from $8.50/Watt in 2009 to $2.96/Watt as of today).

Currently, the future of the Solar Power Industry is brighter than ever. The solar energy sector has remarkably progressed overtime. Henceforth, this decade is believed to be able to experience an unparalleled pace of growth making solar power a major resource for renewable energy adoption gradually.

Since the rapid growth of awareness among the general public, it has been established that Solar Power can be accessed and acquired by anyone and everyone at a reasonable cost which has resulted in highly innovative inventions by people from all walks of life. And if they can do, so can you.

It would require a great amount of time and resources to power a home with solar energy but, if you still wish to pursue the idea then you may follow this link for a step-by-step guide on how to build and install your solar power system by yourself.

Besides the idea of using solar panels to power-up your homes, there is so much more that some people have created with PV systems on a much smaller scale. Few of those DIY projects include:

If you would like to learn how to acquire knowledge about these ideas and more, then you must follow this link.

The installation of solar panels itself is not a very cost-effective practice. Therefore, in order to help you save money on installation cost, here is a 5-step-DIY process to install solar panels.

To make this installation and DIY process even more understandable, you may watch this video before you start working on your project.

For you to make all of your creative solar-powered ideas come to life, you would require DIY Solar System Kits (for Home and Off-Grid). You can purchase those and other relevant equipment from this website.

Accordingly to Mariah Grimwood’s research, who is a web content creator for eco-friendly options, travel and education, there are 6 solar panel kits which are the best in the market.

Solar panel kits are perfect for people who are passionate to learn about the interesting concepts and apply them to real-time projects. It is also a great asset to have around children so that they are able to gain basic knowledge about core electronics and sustainability of solar energy.

So if you wish to have a solar panel at home, do not waste any more time and money on other resources and grab yourself, which would prove to be, one of the best investments of your life, for your life.

Champion vs. Honda Generator Battle: Which Brand is BEST? – Yorator

Brief History of Generators – The Evolution of...