Brief History of Generators – The Evolution of Electric Generators

An electricity generator is an awesome device that converts mechanical energy into electrical power. It’s an essential device nowadays since we need electricity for almost everything. However, the first generators existed even before we discovered a connection between magnetism and electricity. Let’s dive a bit into one of the most exciting generators FAQs: history of generators.

Brief History of Generators and the Age of Revolution

Before we discovered the connection between magnetism and electricity, we had the first form of generators – electrostatic generators. They worked by moving electrically charged objects, such as belts and plates. These objects carried charges to high potential electrodes, which is how the generator created the electricity.

Although those generators provided high voltage, the output current was pretty low. They were inefficient, and people used them only to power early X-ray tubes. A bit later, a new type of generator appeared.

Faraday disk generator was the first generator to use magnetism. Michael Faraday invented it in 1831-1832 and it was slightly better than the one we mentioned above. He built it using a special copper disk. It rotated between the horseshoe magnet and produced a low DC voltage. 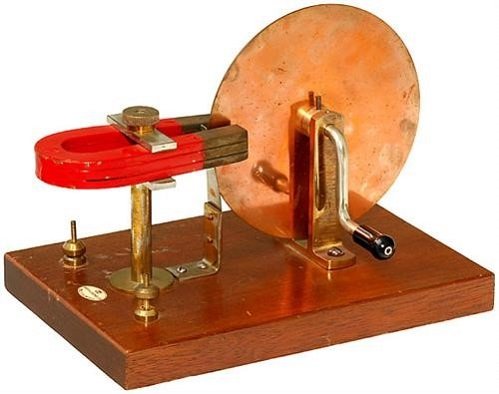 When a coil of wire rotates in a magnetic field, it produces a current. The current changes direction every 180 degrees and creates alternating current (AC). However, the problem was that many early devices required a direct current (DC). They solved it with a “commutator”, a device that converts AC to DC. One of the first devices that worked on that principle was a dynamo, invented by Hippolyte Pixii in 1832.

The first dynamo capable of delivering power for industrial use dates back in 1844. Companies used it for commercial electroplating and found it amazingly helpful. A bit later, in 1866-1867, Sir Charles Wheatstone, Samuel Alfred, and Werner von Siemens developed a modern dynamo independently. It was also fit for industrial use.

Instead of using permanent magnets, it had self-powered electromagnetic field coils. They significantly increased the output power and allowed a high-power generation. It was a fantastic success for that time. In 1870, Siemens used this type of dynamo for special furnaces that produced metals and other similar materials.

That “modern” dynamo had a stationary structure that provided a magnetic field. It also had rotating windings inside, which created the electricity. On larger dynamos, there were electromagnets which provided a magnetic field. Although those devices were excellent for that time, we don’t use them today. It’s mostly because today we use alternating current for all electrical devices. The advantage of AC is that it is easy to transform from very high to very low voltages, and vice versa.

British electrician J.E.H. Gordon built one of the first AC generators, back in 1882. It was actually AC “alternator” since it was able to produce the alternating current. An interesting fact is that Faraday built an early version of the alternator. If the term “rotating rectangle” sounds familiar to you, that’s the device we are talking about.

With the help of physicist Lord Kelvin, Sebastian Ziani de Ferranti developed the first modern power station. He established a “Ferranti, Thompson and Ince” company in 1882, and nine years later, they completed the first power station. It supplied a high-voltage alternating current for use on streets, and the same working principle is in use even today.

There were no significant discoveries related to generators in the 20th century. However, during the past century, a new problem arose. It was the increased requirement for larger-scale power, which permanent magnets couldn’t produce. The solution to the problem was to divert a small amount of energy from the generator to the electromagnetic field coil. It allowed the generator to produce significantly more energy, the concept popular as “self-excitation.”

It is the concept used even today in large power-station generators. They usually have a separate smaller generator which affects the field coils of the large one. 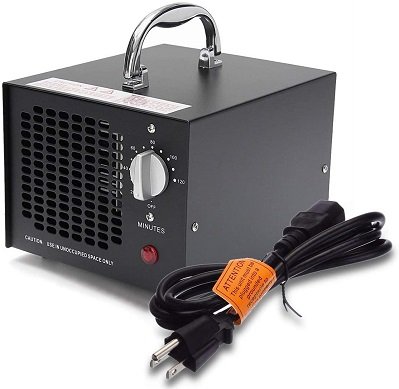 History of Generators: A Few Words in the End

As you can see, generators have changed a lot through history. Although the first ones were not practical, they paved the way for the best generators that we have nowadays. Thanks to Faraday we now have a way to transform mechanical energy into an electrical current which is the basic structural unit of the modern age.