Inverter or Generator (Comparison Guide) For Your Home – Yorator

Choosing between a power inverter and a power generator is a tough decision to make for your home. This is because most don’t know the difference between the two.

Here, we will be discussing everything there is to know about power inverters and power generators.

Inverter or Generator – What You Need to Know 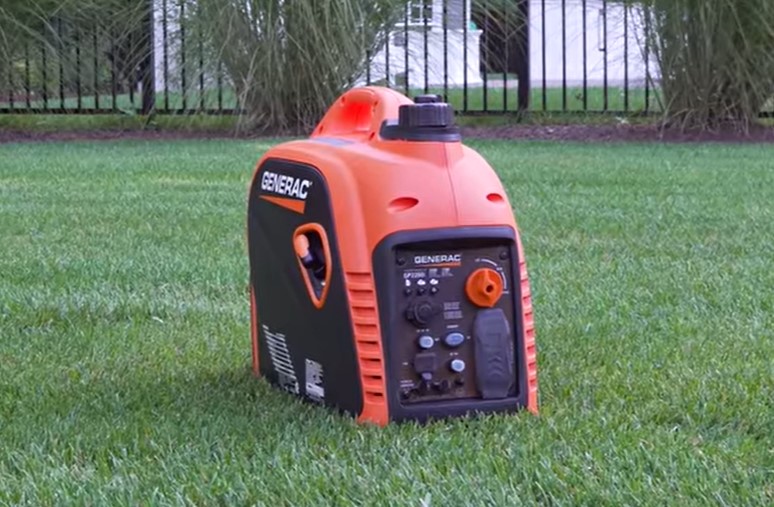 Both machines produce electricity for your household. However, there are distinct differences between the two.

What is a Power Inverter?

A power inverter takes dc power and converts it to ac electricity. In simple terms, it takes outside energy and converts it into energy that is safe to use inside the home.

Power inverters come with both pros and cons. Here are a few: 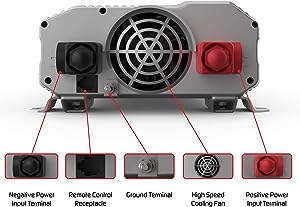 Energizer 12V Power Inverter provides you continuous power to run your devices. You can produce power by connecting the DC battery cables to your devices. Protection features include temperature, overload, and short circuit control.

The inverter comes with an LCD display to show input and output voltage and wattage and the battery level. This allows you to keep track of power output. The inverter also comes with 2xUSB charging ports so that you can connect it to the DC battery directly for charging. 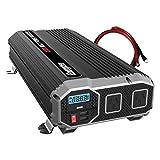 Powering My Home with a Generator 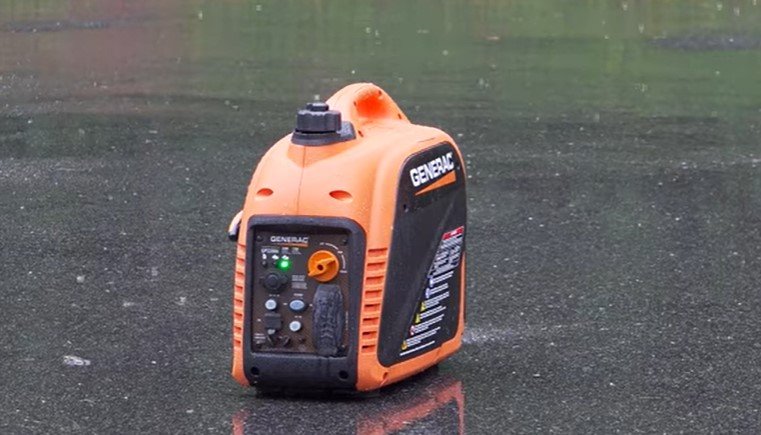 Conventional generators or portable generators are usually used as a source of backup power in case of a power outage.

Once you are done installing the generator, you can produce ac power to run your household. Keep in mind that you can use an automatic or manual switch to the generator.

Here are the pros and cons of using a generator to power your home. 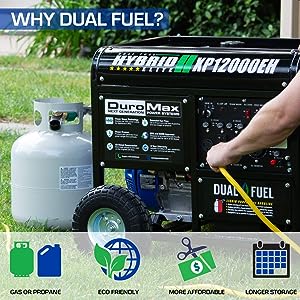 The DuroMax comes with a Powerful Duromax Engine that is able to produce required electricity for household use. Its Dual Fuel Technology enables the generator to run on Propane or Gasoline.

It comes with DuroMax MX2 technology for maximum power. You will be able to power your household comfortably.

Inverter Generators: What Are They?

Advantages of an Inverter Generator

Not only do you get an inverter and a generator in one, but inverter generators are generally more convenient to have around. Here are a few of their best advantages:

We have answered some of the most frequently asked questions below.

Can an inverter run a fridge?

Yes, most inverters can run a fridge. This also depends on the watts and power requirement of the fridge.

9000 watts should be enough to run a house. Make sure to calculate your power requirement to be sure.

Will a 7500 watt generator run my house?

With a 7500 watt generator, you should  comfortably power your home appliances and electric devices as well.

An inverter and a generator are both great sources of power. Both have different features and capabilities to produce power to run your households. An inverter is the better option for daily use. Benefits include less noise, no fuel needs, and safe power conversion. Generators on the other hand,  are great for backup power. Keep in mind that they produce more noise, require fuel, and tend to overheat. While both devices have their fair share of advantages and disadvantages it is always a good idea to invest in a source of back up power in the event of an emergency. Knowing the basics about inverters and generators will help you make the right choice in the end for both your household and lifestyle.

How Many KW Generator Do I Need? This Calculation Will Help You

Connecting a Generator to Your House (Without a...

How Many KW Generator Do I Need? This...

How Long Can You Run A Generator (Continuous...

What Size Generator Do I Need? (Sizing Your...